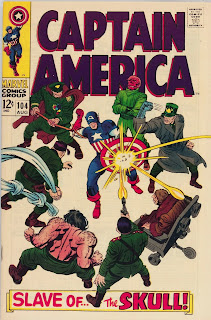 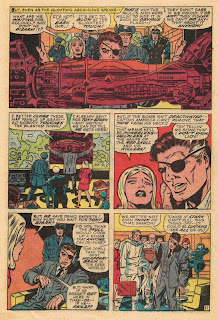 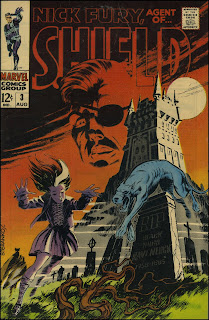 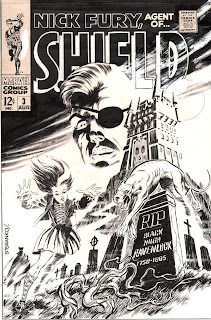 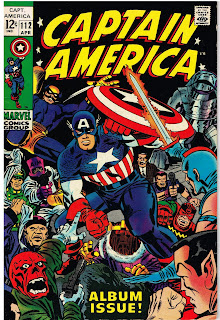 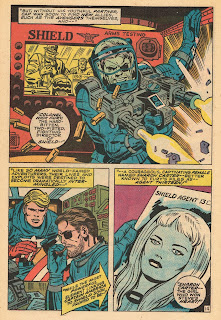 In August of 1968, Jack Kirby was working on Cap'n A, and the story in #104 calls for a Nick Fury cameo. How cool it was to have Steranko draw the page about Fury, since August 1968 was also the issue of SHIELD #3, and Steranko's Fury was all the rage that summer.  Now zoom ahead 8 months, and Steranko is working on Cap'n A, but for artistic reasons is delaying turning in #112, so Jack is asked to do a fill-in (drawn in ONE WEEKEND, according to legend), and the fill-in story has another Nick Fury cameo.  Sheeeesh!, Jim drew Fury for Jack, and then Jack drew Fury for Jim!  Also, this little paragraph has three 8s , and the numeric 8 is our closest symbol in two dimensions to the infinite Moebius strip
Posted by Cap'n's Comics at 10:38 PM