I Forgot a Big Barda Fav by Jack Kirby!

In the not so distant (one week ago), I did a Big Barda post, but forgot this unrealized comic by Jack. 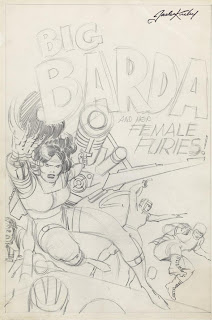 It's haunted me for about twenty years now, that Kirby planned a spin-off from Mister Miracle.  Could there be an Infinity Man spin-off from Forever People, or a Bug spin-off from New Gods?  Huh... Then I found out about this new fanzine called the Jack Kirby Collector by John Morrow, and that he would give you free issues if you supplied him with Kirby art he hadn't seen before (this is before the net). I ordered all of the six issues John had already done, sent a stack of Kirby artwork with my payment, and a note saying I wasn't too thrilled about the new issue seven that would focus on Jack's Kid Gangs.  John sent me the first six issues, and included a note to me.
"Thanks for sending the copies.  I'd never seen the Big Barda cover from Comics Scene #42.  Do you have that issue?  If so, could I get some xeroxes of the Kirby article? (This is back before scanners, also)
You might want to go ahead and check out TJKC #7.  Besides the Kid Gang stuff, there's lots of other unpublished stuff.  Cap'n America page, fourth world pencils, Jimmy O, etc.  Plus, there's a fantastic unpublished interview with Jack (not about Kid Gangs).  Up to you, of course!
Best, John"
I started my new subscription with issue #7, and I've been in Kirby Hawg Heaven ever since.  John is amazing.  And Kid Gangs aren't as duf as I thought.  Check out this back-up from a 1946 Boy Commandos,
courtesy of Tom over at Pictorial Arts 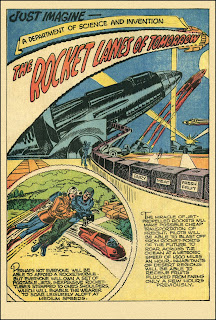 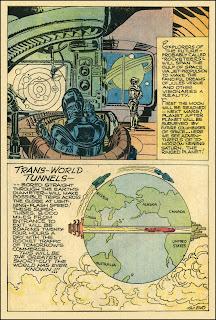