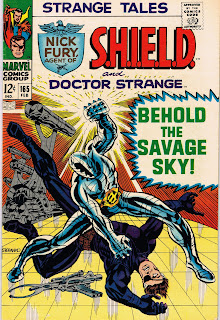 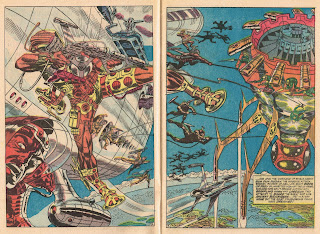 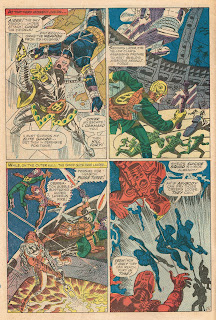 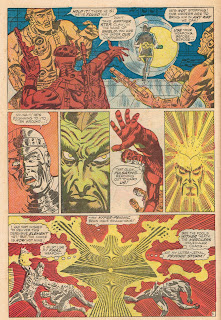 Why is this wonderful splash back up again so soon?  I want to tell you a little story.  In 1970 I arrive for the second time in Furth, just outside of Nurnberg, Germany---a lonesome poet of a kid with a boy stash (a shadow of a moustache)  ((Cap'n Kid))  In the beautiful dusk of German summer, I take out the trash, and next to the dumpster is a fairly hefty box of Sad Sack comic books-left behind by some soldier being transferred "state-side," no doubt.  I read them all in one night, and then proceed to trade.  Boys on the army base went door to door in family housing, carrying their boxes of comics and trading them with other kids when they came or were called to the door.  At first, I did like everyone else, and traded comics, read them, traded, read them, over 'n over.  But one day a little girl drags her brother's box to the door (he's off playing ball), and amongst his comics, I see this one, and I want it, but it's her brother's favorite, so I offer two Sad Sacks, three, and then finally four.  This is the comic sparked the idea of keeping them, preserving them, treasur'n them.  This comic was my personal grail.
Posted by Cap'n's Comics at 9:48 PM