Dynamo The Poser by Wally Wood 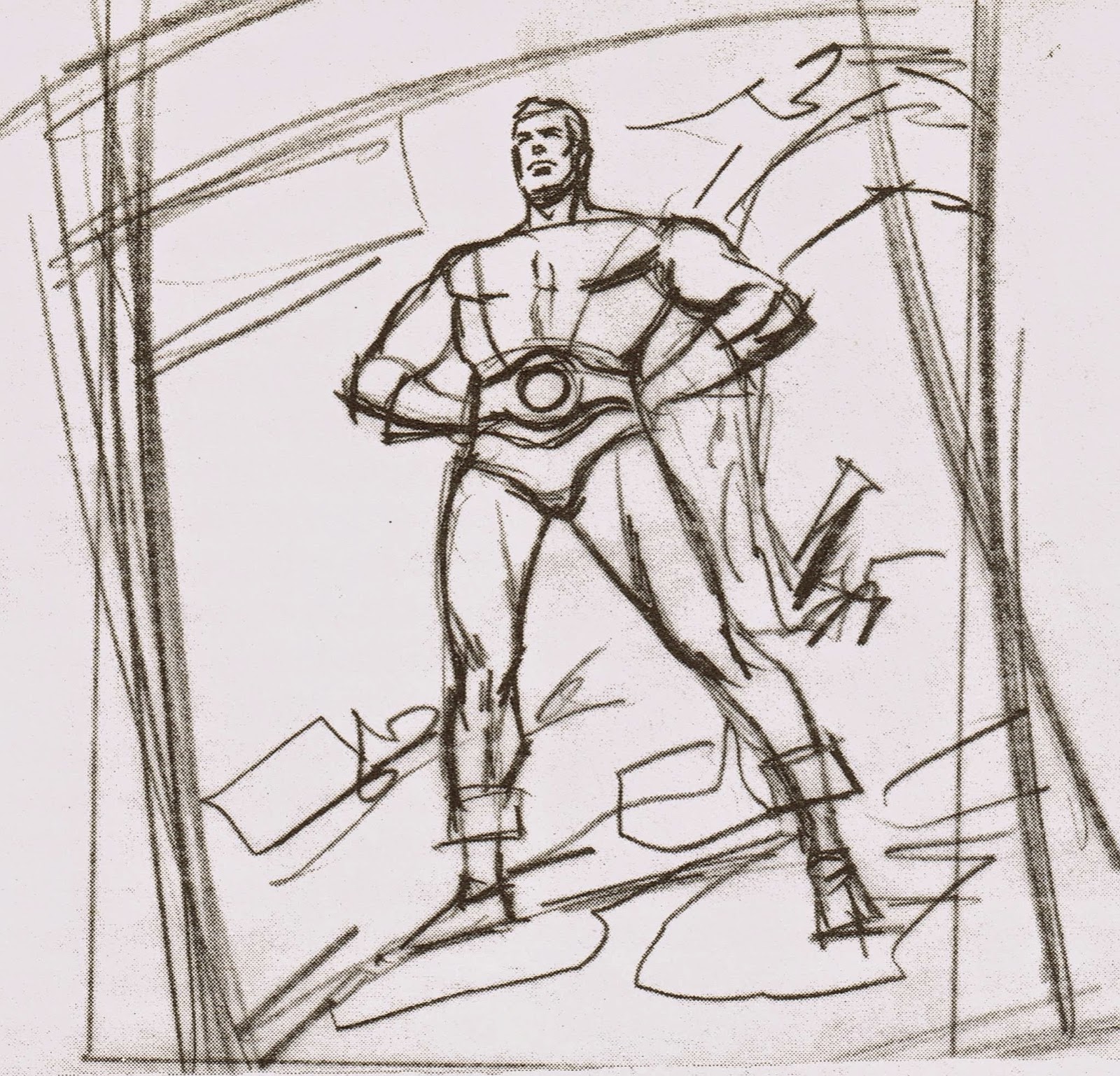 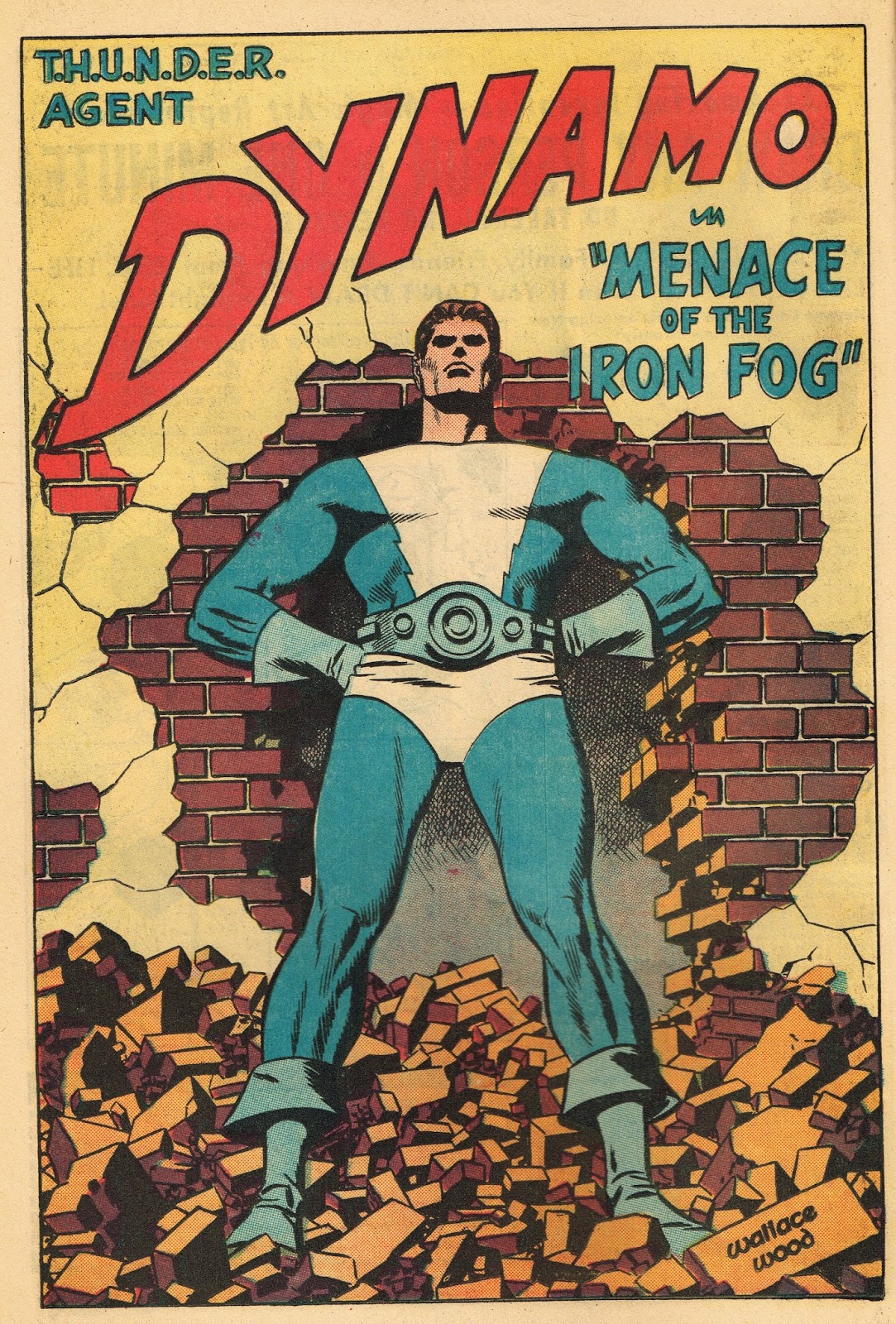 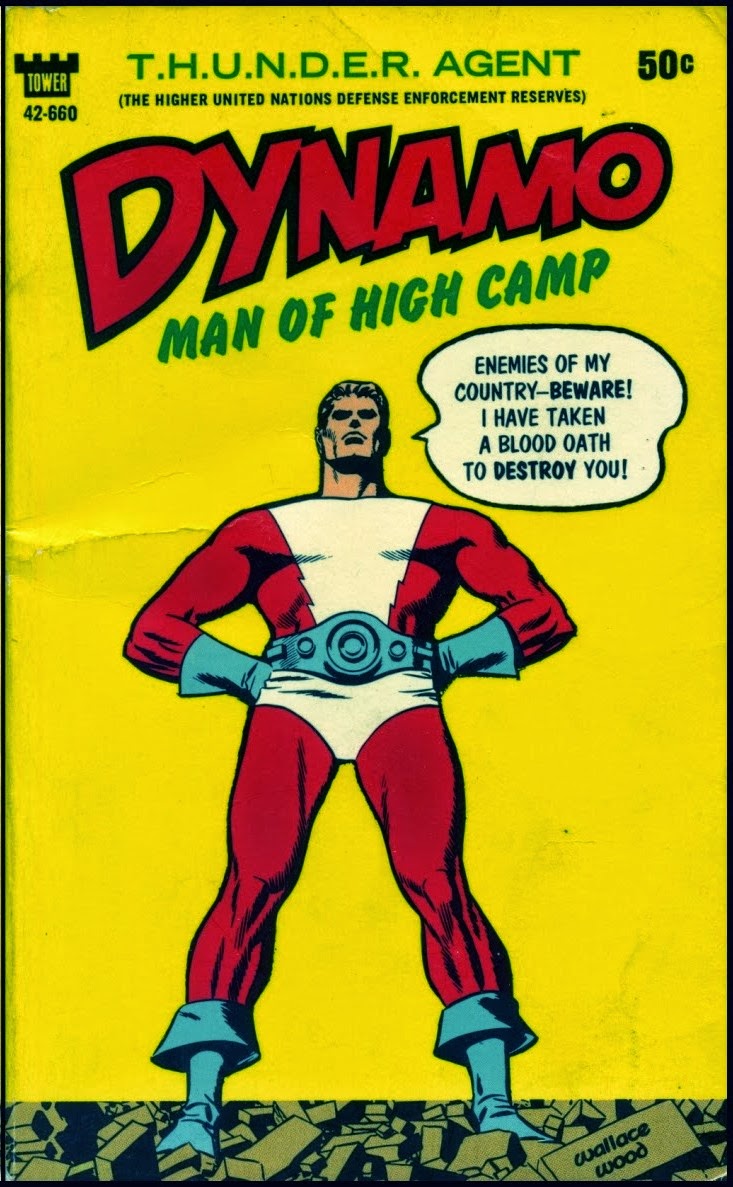 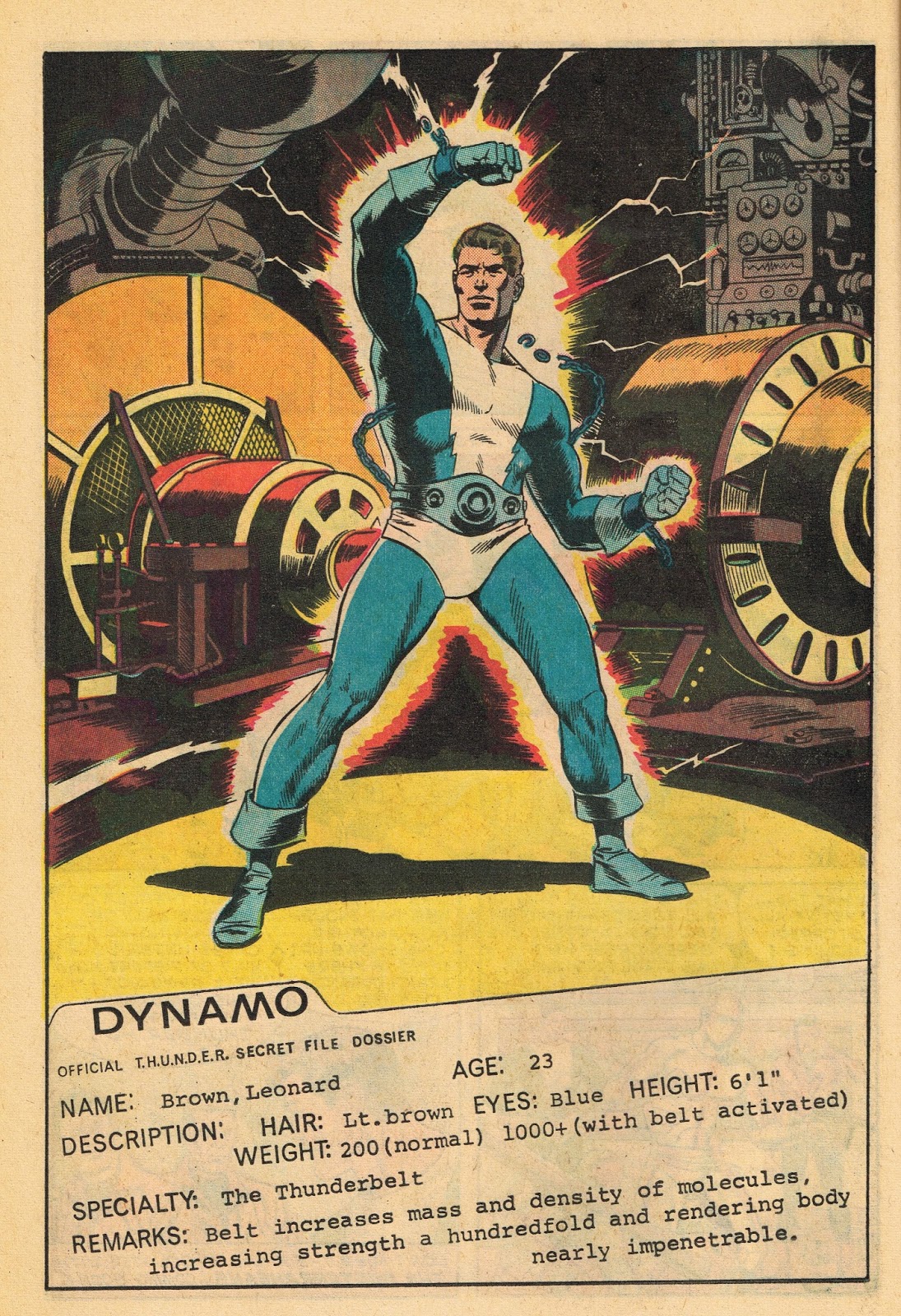 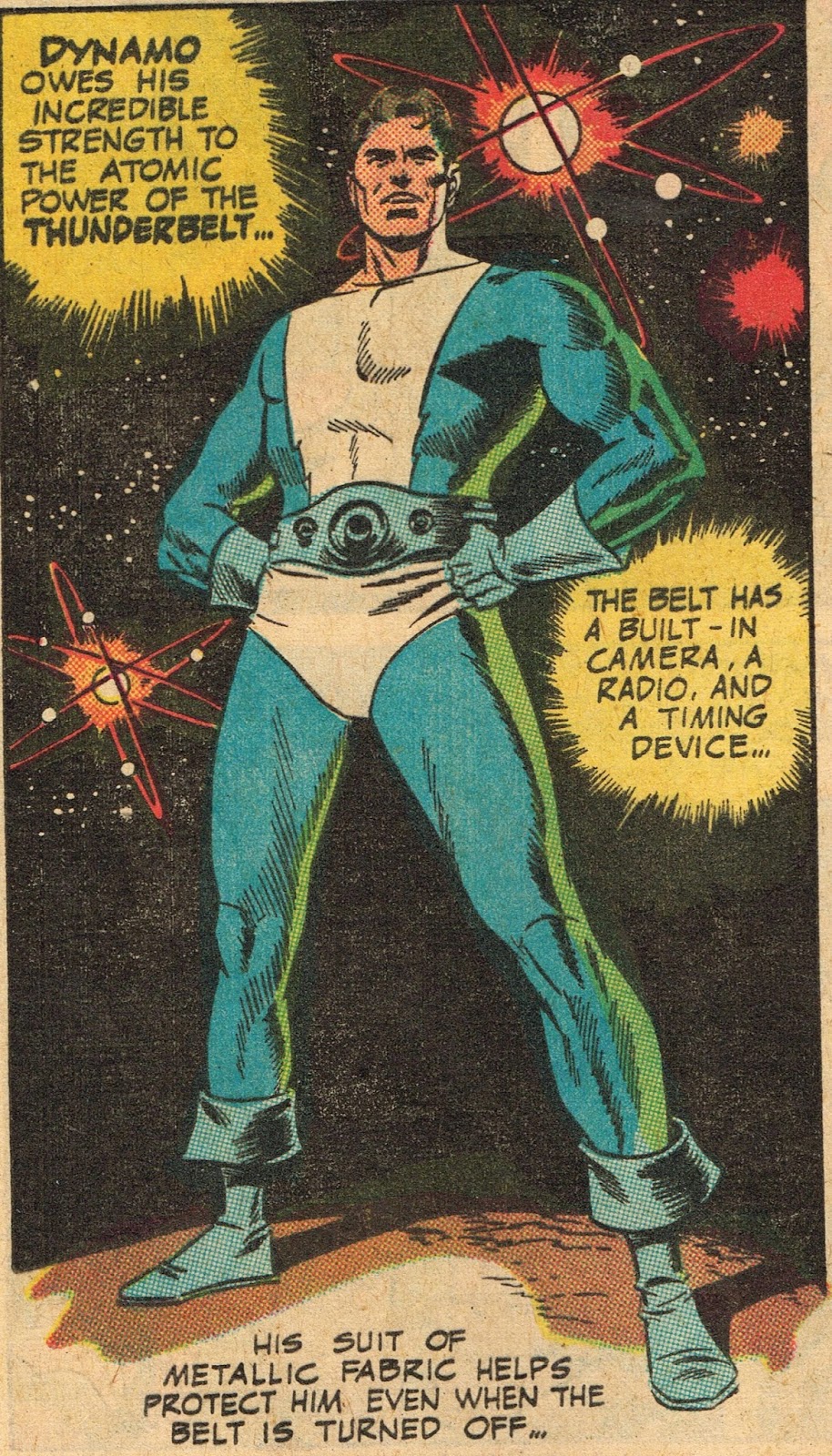 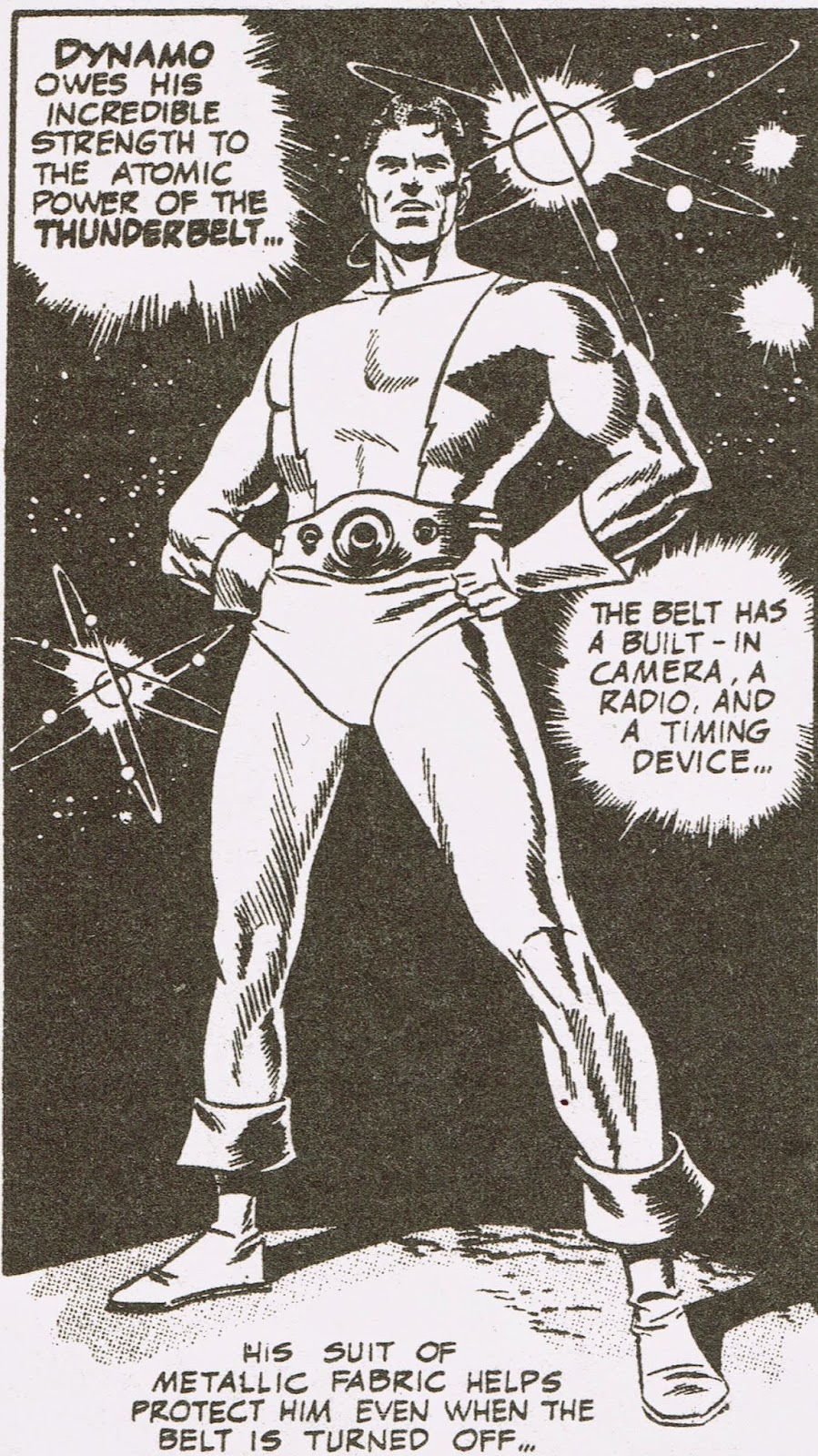 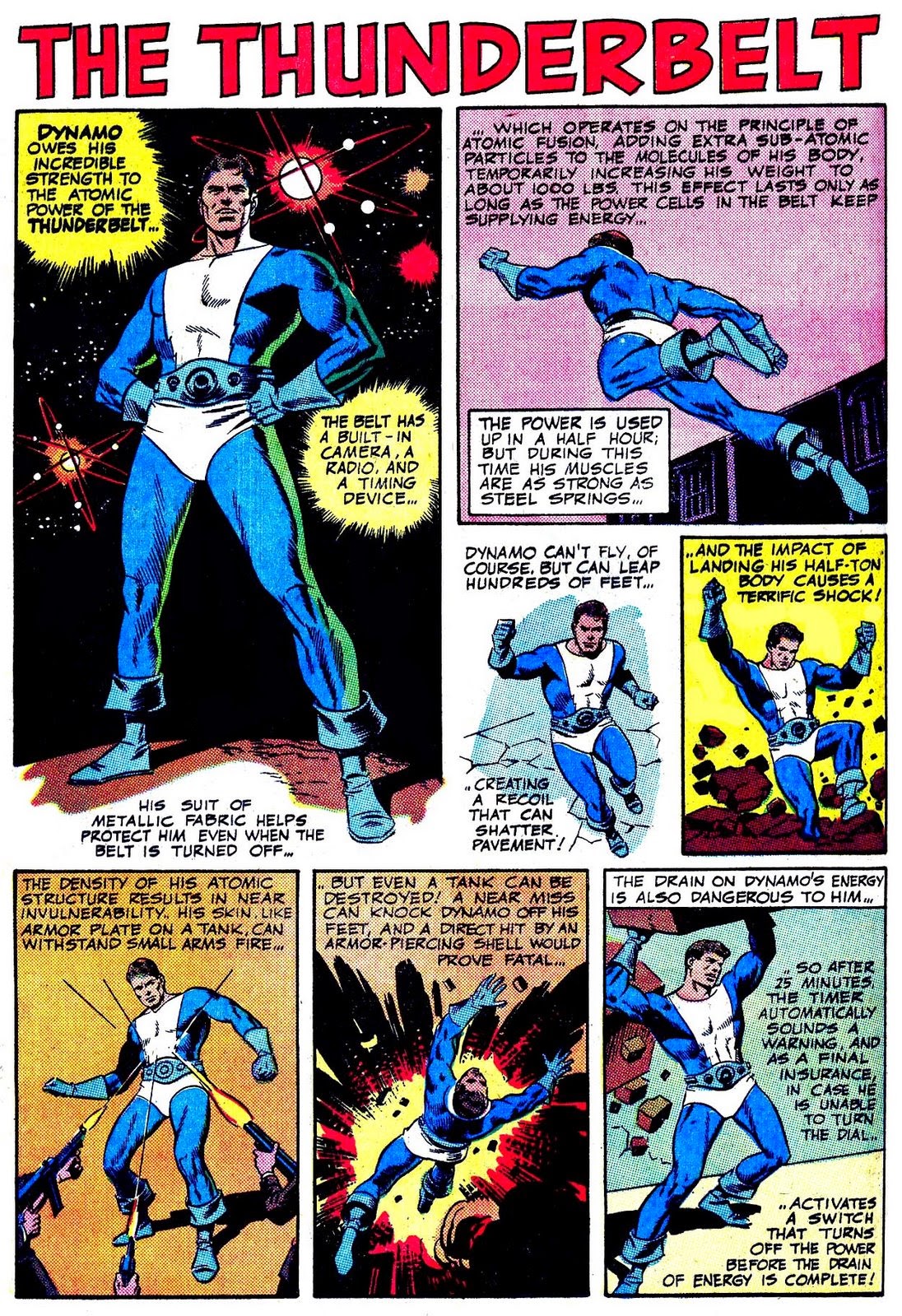 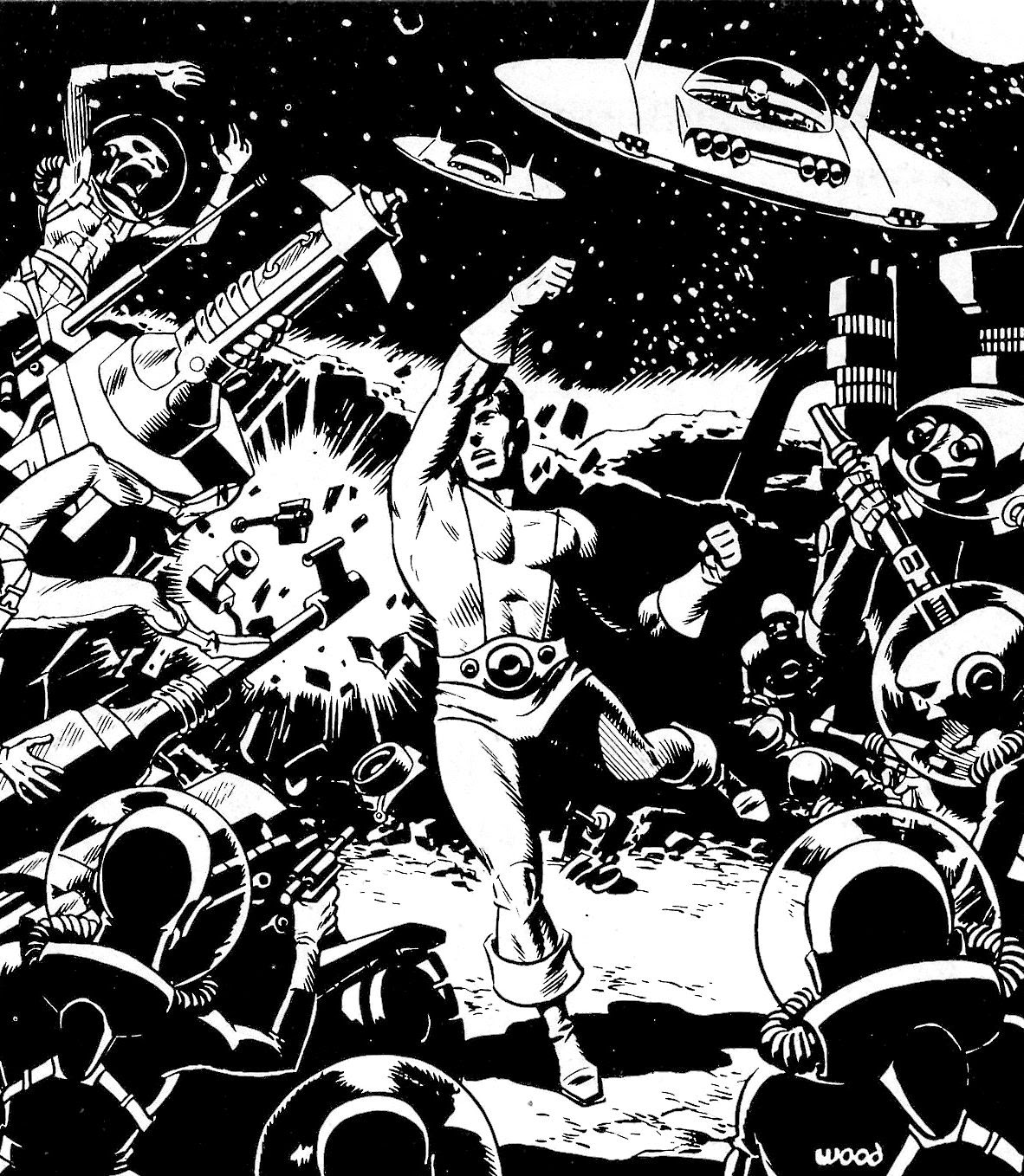 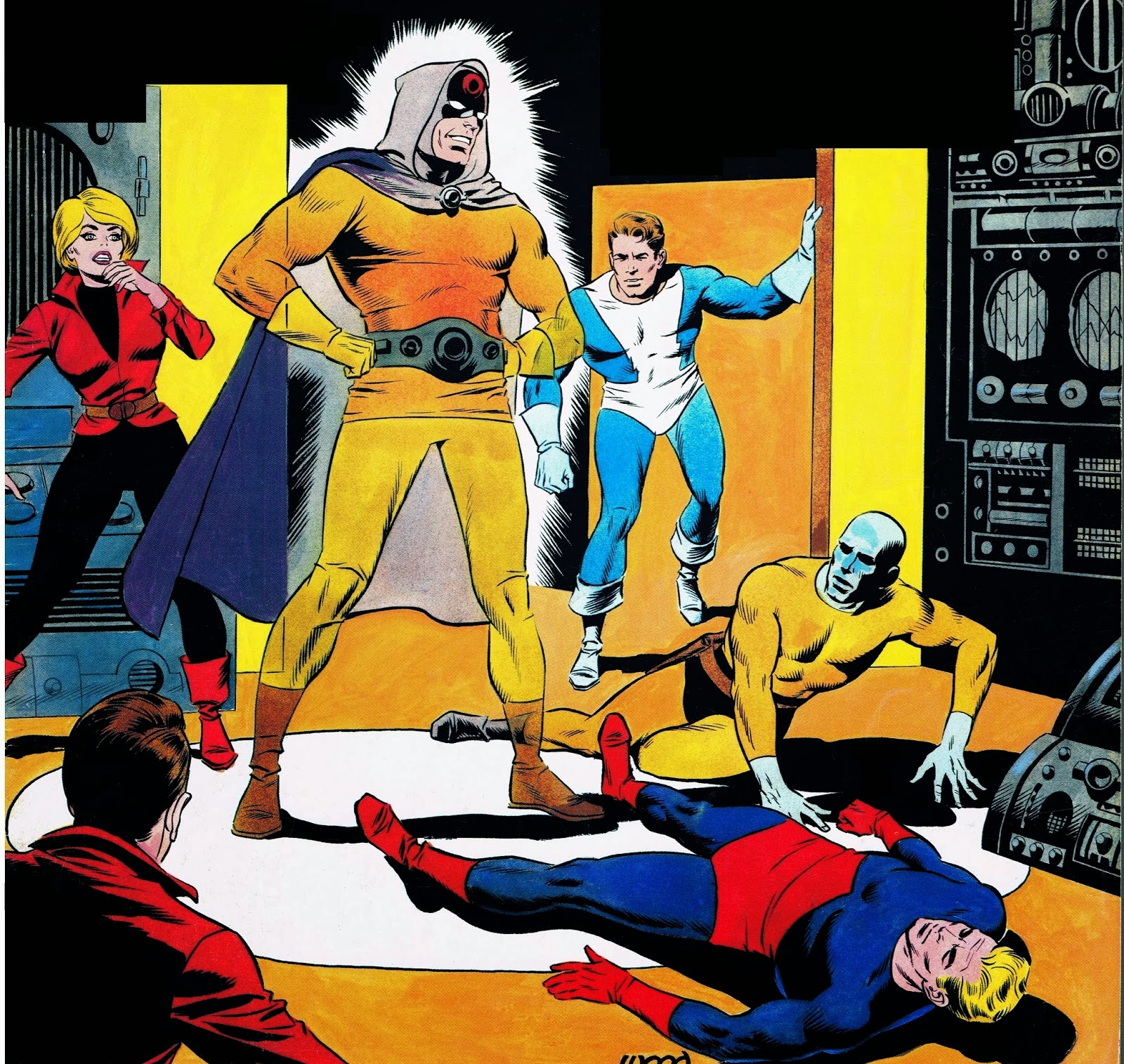 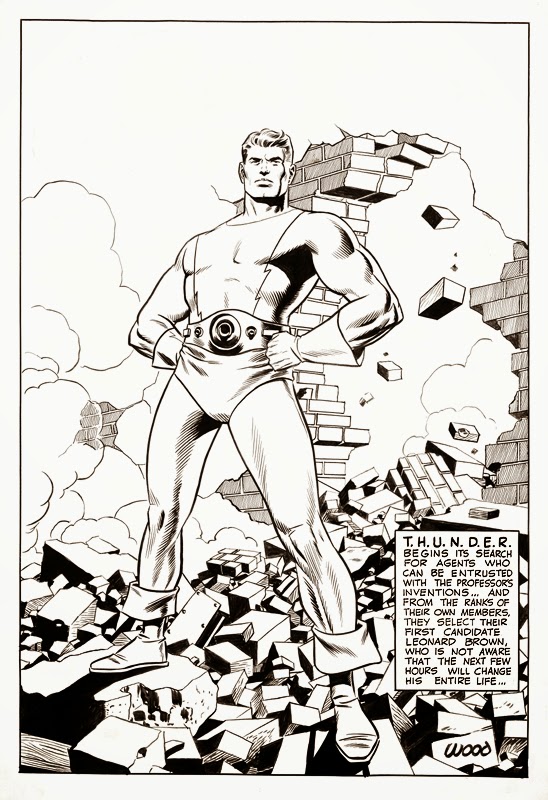 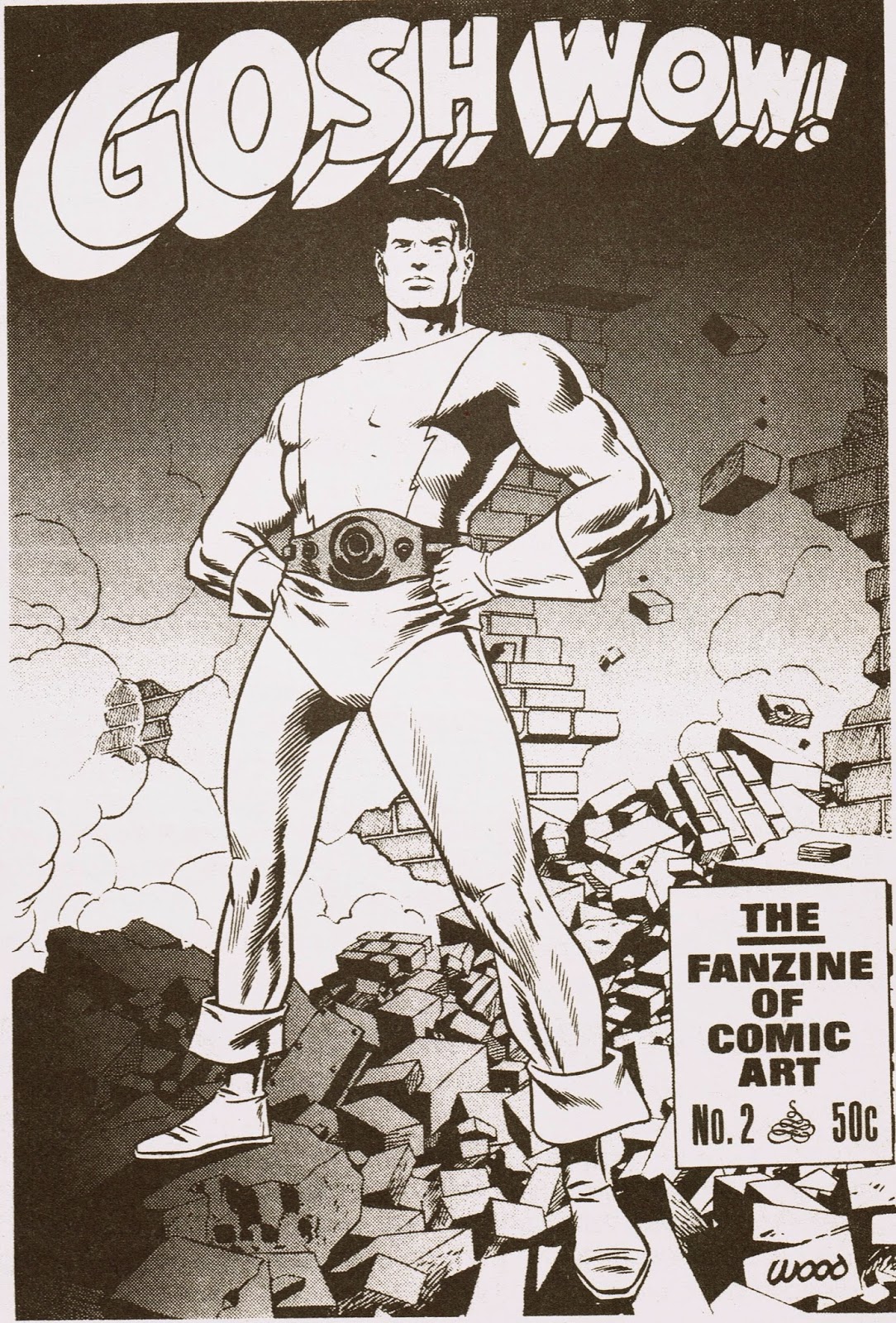 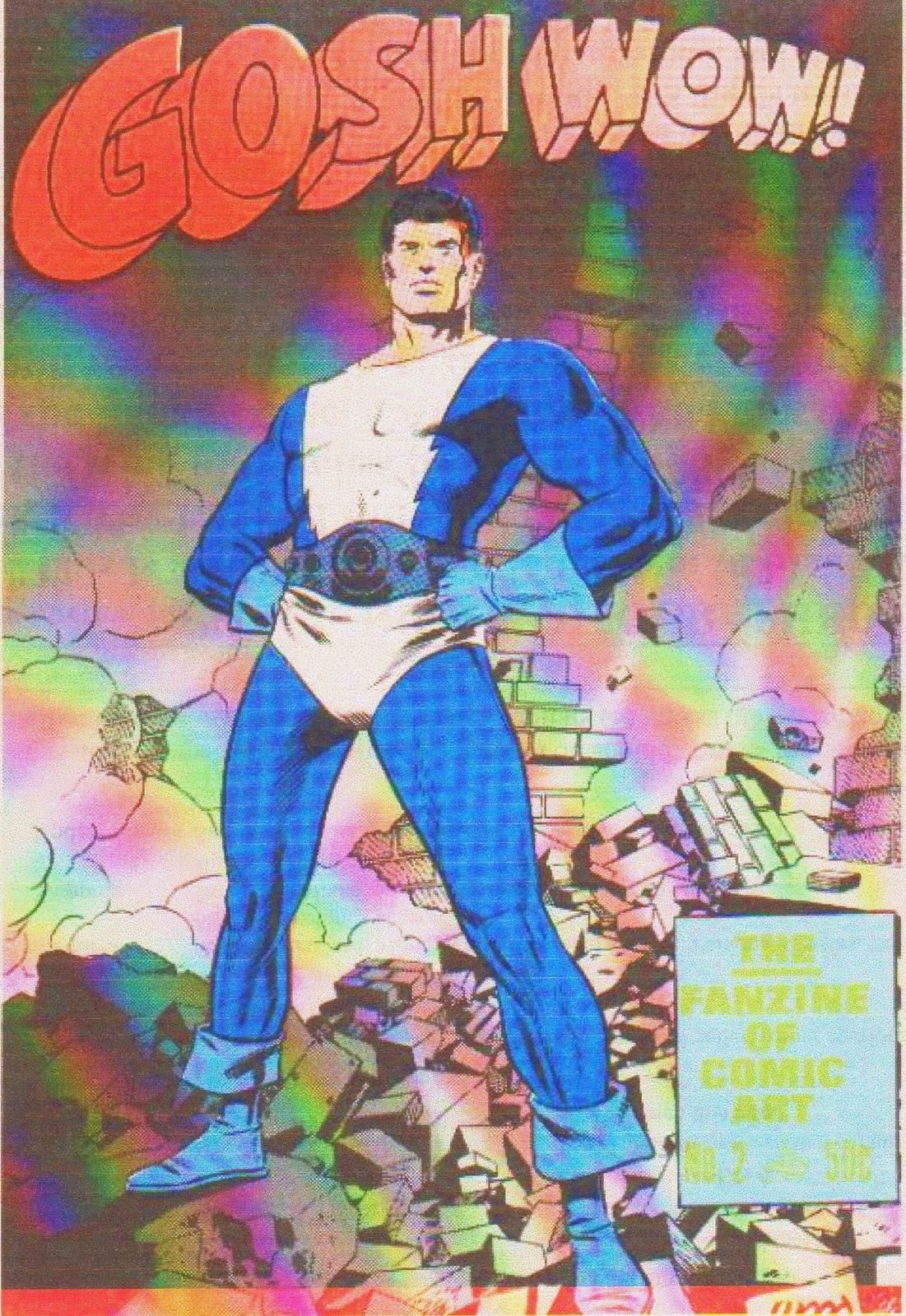 So...this is just my way of yak'n about something I just discovered.  In early 2001, I printed the last image off of ebay, the back cover of Gosh Wow #2.  My color cartridge was shot, as you can see, but I knew nothing about computers (still pretty much status quo on that), and I had no idea I could just save the picture.  If you remember Hans dealing with a computer in Zoolander, Owen Wilson nailed my character to a T.  For fourteen years, I just left this crummy print in my binders cuz I assumed the back cover was a fancy print of something in THUNDER Agents or Dynamo, and I had all those.  Today I leafed through all those with the binder opened and realized it had not been printed elsewhere.  Gosh Wow!  Now, after moments and moments of exhaustive research, I can tell you the fanzine was using Wally's Presentation Piece (third from last) as their back cover.  If you know me, I quickly looked for Gosh Wow #2 all over the net, but nobody scans in the back cover!!  Rhot-row, Shaggy!  Now I have to obtain Gosh Wow #2, and I'm kick'n myself cuz I remember at least twice in the last decade seeing it in some box at some store and just flippin on past it because of what I found to be a weak Bode cover
Posted by Cap'n's Comics at 2:49 PM